The European Association of Communications Agencies (EACA) is announcing a major pan-European campaign aimed at supporting young entrepreneurs. The service will launch in March 2013 in key European markets (UK, Germany, Poland, Italy and Spain) with plans to expand across Europe in subsequent years.

“This is my future” intends to inspire 500,000 new start-up businesses over the next three years. Based on the average “value added” per micro-business, this would deliver a gross added value of €33 million and nearly two million employed positions to the EU. The campaign will be supported by a budget of €2.2 million to be funded by private enterprise, venture capital and contributions in kind from partners. 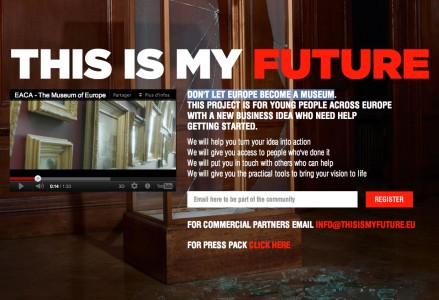